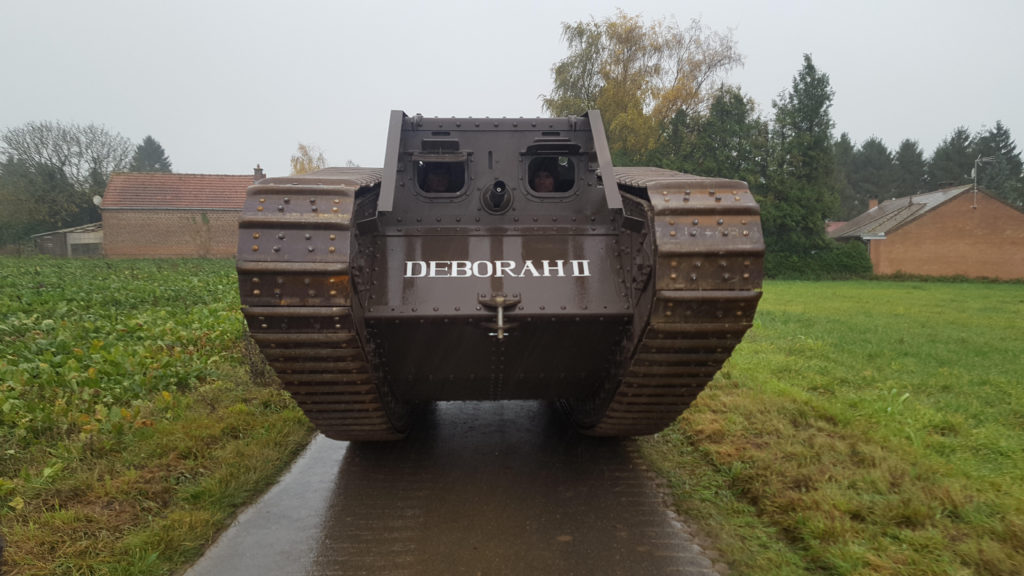 Deborah II will be accompanied by a full crew from Norfolk Tank Museum so visitors will be able to get up close and personal, ask questions, and learn more about her construction and history.

The inspiration behind the project was to commemorate 100 years since the first successful use of the original Mk IV Deborah tank that was knocked out of action at The Battle of Cambrai in 1917 and discovered buried on the battlefield in 1998 by a local historian.

In November 2017 Deborah II paid a fitting tribute to the brave men of the British Army that lost their lives when Guy drove her in a moving re-enactment of the first battle starting at the same spot she was discovered.

They used a petrol engine and a mechanical gearbox with chains to the final drives to recreate the original sounds and smells that would give a real feel for the enclosed space within the tank. Given this mechanical and true-to-the-original setup, it takes three people to drive it: a commander who controls the clutch, brake and accelerator; a driver who steers the vehicle; and a gears-man.

Norfolk Tank Museum Chairman Stephen Machaye, project manager for the build, said: “Deborah II is a breath-taking tank and the world deserves to see her. It was only right that she should involved in this one-of-a-kind display of World War One history at the Great Dorset Steam Fair to mark the Centenary, which is something that should be of significance to us all. We look forward to introducing her to visitors and getting immersed in the past alongside other exhibitors.”

Deborah II will be transported from Norfolk Tank Museum to the Great Dorset Steam Fair side at Tarrant Hinton, near Blandford, on a low loader hauled by Cadman’s.

The 50th anniversary special will take place from 23rd until 27th August 2018, and organisers are expecting a record-breaking event with around 250,000 visitors expected over the bank holiday weekend.